With cyclone season approaching in 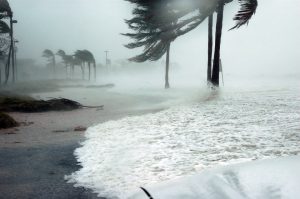 the southern hemisphere, emergency managers will be thinking about a big one that might lead to evacuations. And it appears that local information is the key to informed evacuation decisions.

What makes people evacuate or not? And who leaves and who stays?

Newly published research from Texas A&M University and the University of Washington, Seattle, investigates evacuations leading up to Hurricanes Katrina and Ike.  The research gives some clues on factors that affect the evacuation decision making and who does what.

Key points from the research by Huang, Lindell and Prater were:

The biggest take home from this is that the storyline that needs to be built about how the cyclone will affect individuals at a local level.

This puts the spotlight on the importance of local spokespeople who can describe the potential impact in local communities – an approach that contradicts current practice in some areas, particularly in Australia.

A second point is reinforcement of current agency practice  to use as many channels to get information to the community as possible – if people use conventional media and their online forms, they are more likely to tap into other channels and sources.

The answer is mostly found in the places people live – their level of risk and the perception of the threat will cause people from some geographic areas and residence types to evacuate. This probably leads to fewer older people evacuating because of their tendency to think they have more time.

People who have access to information from local emergency managers who have local knowledge, and because of this are trusted and credible, are also more likely to evacuate.

So it all comes back to the need for a community-based approach to disaster  management.