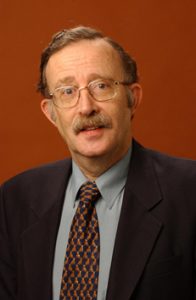 Guest blogger and Australian crisis researcher and practitioner, Tony Jaques, makes some valid points about the language of organisational crisis.

It’s time business stopped misusing the word disaster, and the IT industry needs to take a good share of the blame.

Most recently, an April post on the Hewlett Packard Insights blog, declared: “In general, anything that significantly impairs day to day work can be considered a disaster.”

Writer Wayne Rash went on to say: “It’s worth noting that a disaster in this (IT) context does not necessarily mean widespread destruction, loss of life, or general catastrophe. What a disaster means to you is defined by what interferes with your operations to the point that it endangers your business and thus requires a disaster recovery response.”

What Mr Rash is saying just might, maybe make sense in the IT world where such language is common, but it’s bleeding into general management usage, and that’s a big problem.

Of course the IT industry can’t take all the blame for devaluing the word disaster. Contrary to typical news media headlines, losing a crucial football match is not a disaster, nor is a temporary fall in a company’s share price. In fact, in recent times, the word ‘disaster’ has progressed from being devalued to being entirely trivialised.

A celebrity posting an unwise twitter message is now labelled as a ‘PR disaster’ or a ‘social media disaster,’ while a Hollywood star choosing the wrong dress for a red-carpet event becomes a ‘fashion disaster.’

This language is genuinely unhelpful and distracts attention from serious matters of real concern. Consider by contrast the United Nations definition of a disaster as: “A serious disruption of the functioning of a society, causing widespread human, material or environmental losses and exceeding the coping capacities of the affected communities and government.” Or within a business context, the Dutch crisis experts Arjen Boin and Paul ’t Hart say: “A disaster is a crisis with a devastating ending.” Anything less just doesn’t quality.

While there is clearly a massive difference between a pop culture ‘disaster’ and a true societal or organisational disaster, contamination of broader business language by misuse of the word has serious consequences for issue and crisis managers.

A key consequence arises from the widespread belief in the IT world that the answer to just about every such problem is a disaster recovery plan. As Mr Rash put it: “A disaster recovery response is the set of actions your organisation must take to continue operations in the face of an unforeseen event.”

We all love IT and the wonders the digital world can bring to issue and crisis management. But any organisation which says: “We have a great business continuity plan so we are crisis- prepared” is in line for a very big and very costly surprise.

Tony Jaques established Issue Outcomes in 1997 as a provider of management training and consulting services. He worked for more than 20 years in Corporate Issue and Crisis Management, mainly in Asia-Pacific, and served two terms as a Director on the Board of the Issue Management Council, of Leesburg, Virginia.

Tony previously published this blog on May 1, 2017.