Following the tragedy that cost four lives at Dreamworld on October 24, 2016, when the Thunder River Rapids ride malfunctioned, 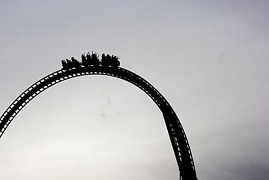 So what went wrong? The “5C rule” of crisis communication states that all communication – written, verbal, visual – must meet five criteria: care, commitment, consistency and coherence, and clarity.

The focus here is on the main crisis communication breach – minimal demonstrated care.

In a brief televised statement on the afternoon of the tragedy (Tuesday October 25) Dreamworld CEO, Craig Davidson’s statement opened with confirmation of the deaths, provided operational details (park closure, working with authorities to establish facts) followed by a statement of Dreamworld’s shock and sadness, finishing with “our hearts and thoughts go to families involved and their loved ones.”

Overall, the Dreamworld/Ardent response indicates a lack of crisis preparation – despite an earlier accident in April this year when a man fell from Dreamworld’s Rocky Hollow Log Ride and nearly drowned. Specifically, there seemed to be:

It is no wonder this crisis has been called potentially “the PR fail of the year.”

Dr Lyn McDonald’s PhD and research focused on stakeholder response to crisis communication. Currently, she holds an Adjunct position with the Australian Centre for Sustainable Business and Development at the University of Southern Queensland.

2 thoughts on “The 5C rule does not include Cold and Callous: Dreamworld’s crisis communication errors”